The Beam Physics Group manages all aspects of Beam Physics at TRIUMF, including its Beam Physics obligations in collaborations with other accelerator laboratories. At TRIUMF the group interacts with science users to design the particle beams that are required. This involves creation, acceleration and transportation of particle beams. We, the Beam Physics Group also interact closely with the Operations and the Beam Delivery groups as well as the Accelerator Systems Department Head providing expertise for commissioning particle beams, optimizing beam quality, training operators to maintain beam quality, and for designing and implementing software applications that facilitate operation of the accelerators and beam transport systems. We are also available for troubleshooting unforeseen issues and faults, and deriving alternative strageties for meeting experimenters' needs when faults occur. The Beam Physics Group consist of Physicists (Computing Analyst, Cyclotron Physicist, Research Scientist, Beam Physicist, Postdoctoral Researcher), Coordinators (ISAC High Energy Facility Coordinator) and Students (Master Students and Co-op Students), managed by the Group Leader. 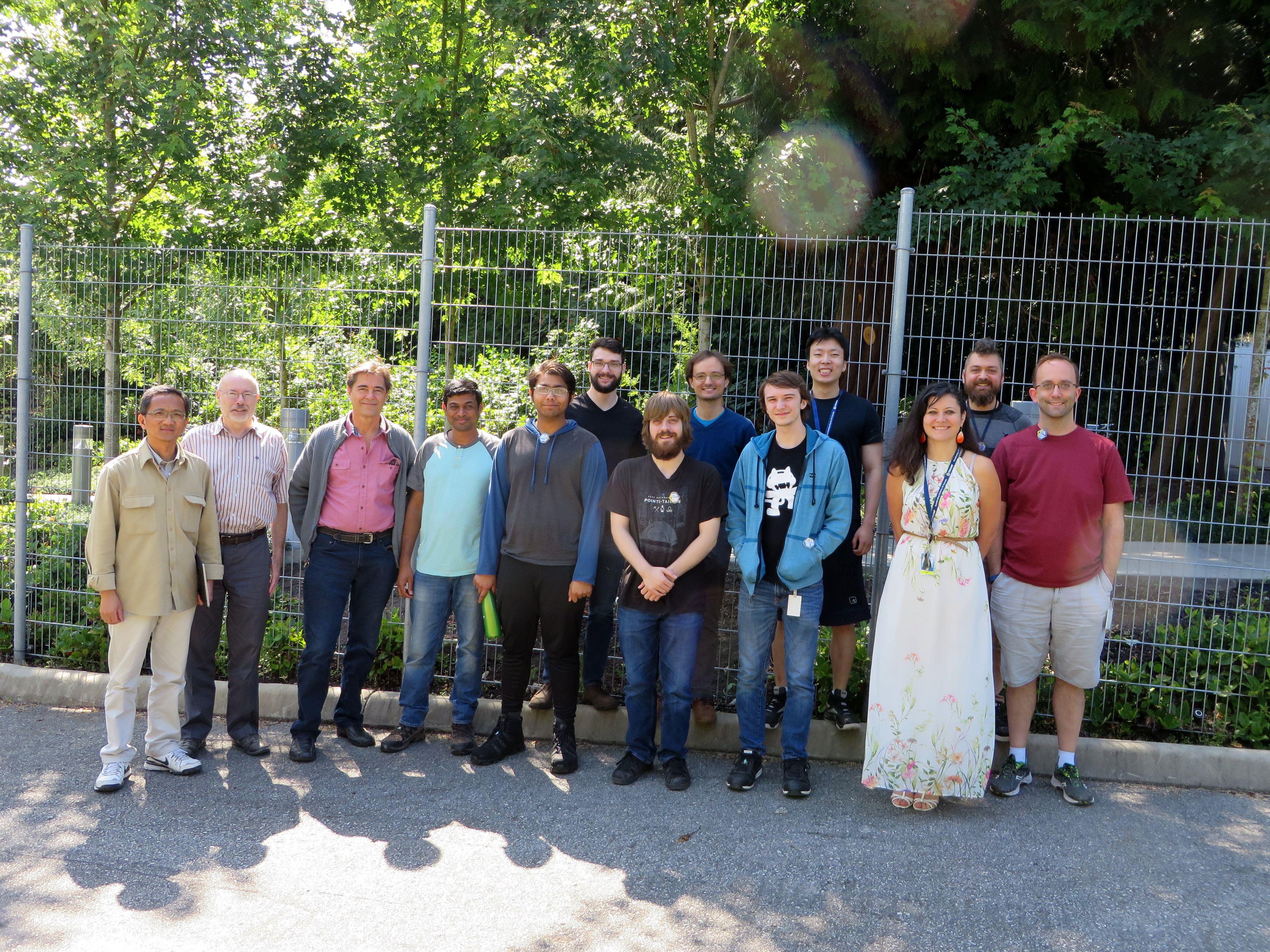 The groups undertaken studies, their analysis and conclusions are presented in Beam Physics Notes. A beam development report and planning document is produced annually. Records of specific beam development activities are documented thoroughly in the operations e-logs.


Beam Physics Group is responsible for different computer codes and their development. They are documentations of these available, insofar as they originate at TRIUMF and/or have modifications that originate here.

INTRAN is an early gui biult at TRIUMF upon TRANSPORT.
LONG1D is a multi-particle simulator of longitudinal motion in rings, with space charge.
ACCSIM is a multi-particle simulator similar to LONG1D.
RELAX 3D is a general Laplace solver.
REVMOC is a Monte Carlo transport code that includes secondary particles from beam-matter interactions.
GEANT/G4Beamline: We contribute to the international DEANT collaboration and activly use/develop it aling with G4Beamline, to track secondary particles from beam-matter interactions; a successor to REVMOC.
TRANSOPTR is a general envelope sode for designing and tuning beamlines and linacs and rings. Also used as engine for HLAs used in accelerator operation.
High Level Applications (HLAs)
A tracking code for cyclotrons/FFAGs. These have origins from the 60s at OakRidge/MSU/Indiana, but much of later development has been done at TRIUMF.
CYCLOPS finds closed orbits and linear optics.
CYCLONE extends to electric fields from RF.
GOBLIN is a general orbit code not limited to linear.
STRIPUBC tracks particles in time domain through mapped magnetic fields. Expressly used for H-minus extraction.
RAMA: To design/calculate RF voltage programs and match conditions between synchrotrons and storage rings.
DIMAD originates from SLAC; it is an optics code for rings.
DIPLOT is a post-processor for DIMAD. It was written at TRIUMF.
For MENT we have both, an in-house version and an imported version. It is used for tomographic multi-dimensional reconstruction from 1-dimensional data.
COYS-infinity is Berz's (MSU); TRIUMF's contributions are minor: Short quadrupoles, electrostatic bends.


If you are a member of the Beam Physics Group, and you want to upload content to it, go here for more information.